BScene by Dean: The Comic Strippers @ The Sanderson Centre May 12, 2016

BScene by Dean: The Comic Strippers @ The Sanderson Centre May 12, 2016

This one was for the ladies in the house and they knew it. The laughter started about 30 seconds after the introduction was made and these gentlemen (all named Chip) bounced on stage and it never really stopped until the show was finished. These gents were entertainment pure and simple and the ‘volunteers’ were having as much fun as the audience. Strippers are not really ‘my thing’ but these guys were pure slapstick fun and I found myself having to re shoot because I was laughing too much to get a clear image of the action, I think my fellow shootist Luvern was having the same problem at times as well.

I know I said strippers were not my thing, but I would watch this show again because it was just plain fun. Ladies, next time you hear about these guys, get out there and go see them as well, I think you’ll like them and their antics on and off stage.

To see more of his work please visit: DellisartPhotographix 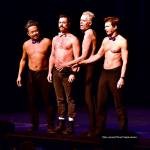 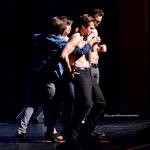 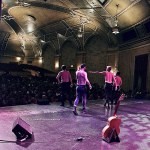 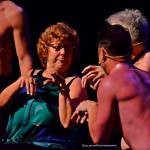 Found this porkchop under the car today BScene by Dean: Comedy Car Crash – May 17th